Westview is a newly built property in South Warnborough, a small village in the Hampshire county. Mainly occupied by farmland this rural village is home to roughly 550 residents across 230 households. 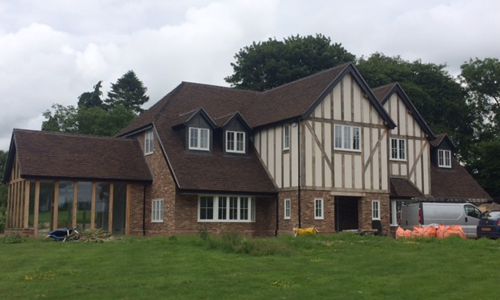 E2 arrived at the site, greeted by the site manager, to discuss the testing procedures and carry out an initial inspection of the property.

At the point of testing the build was in the late stages of construction with only minor jobs remaining such as snagging and fitting the carpets. 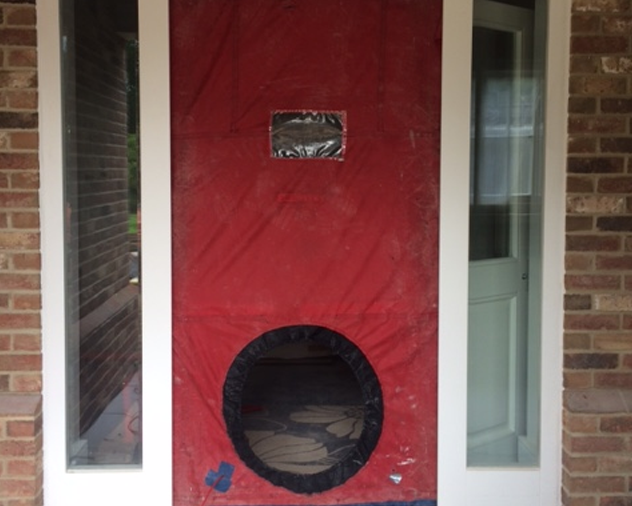 The door we were testing was larger than a traditional door size so a canvas frame was needed in order to accommodate. E2 then started the fan running at a low depressurisation and double checked all temporary seals to ventilation areas and that doors and windows were tightly shut. 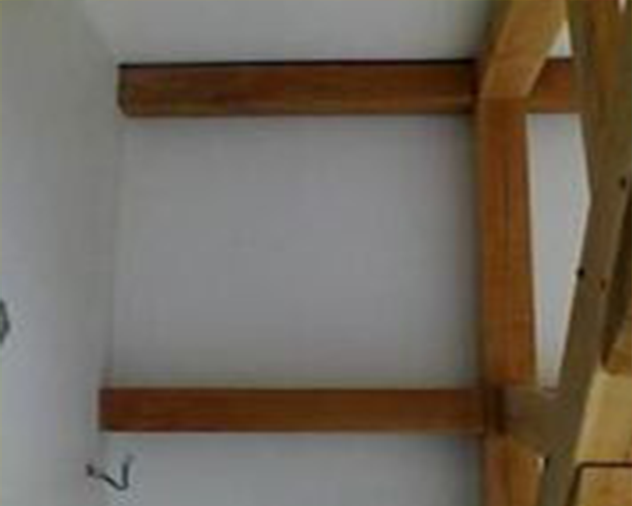 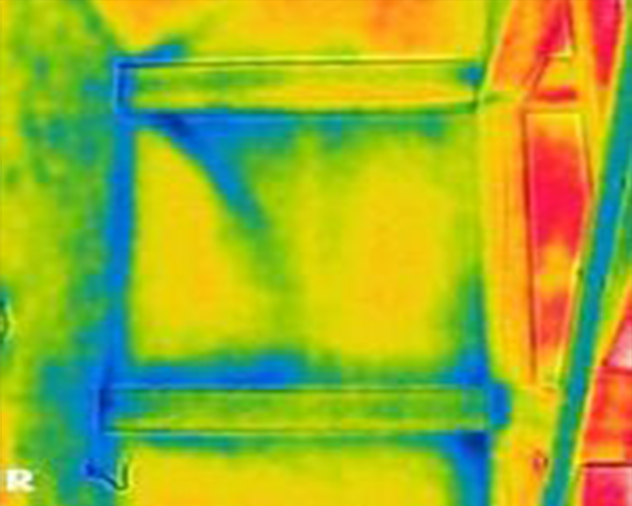 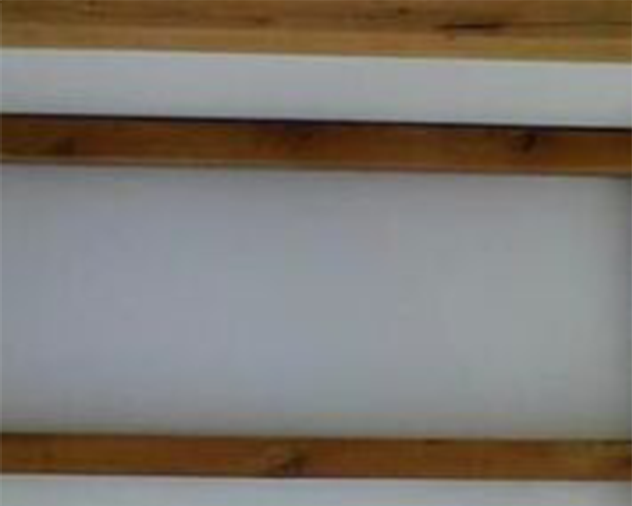 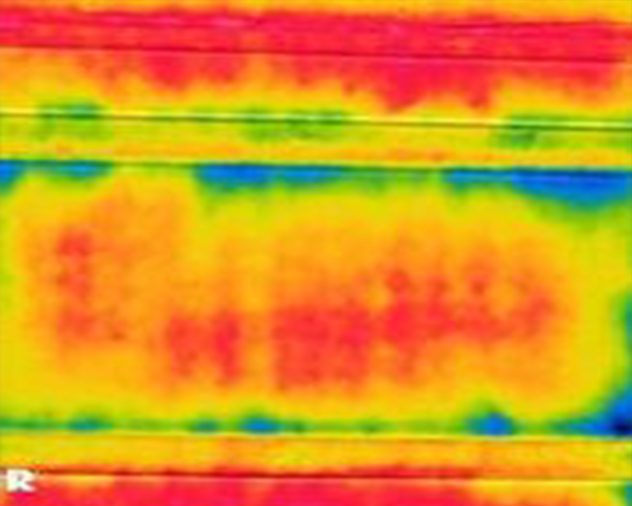 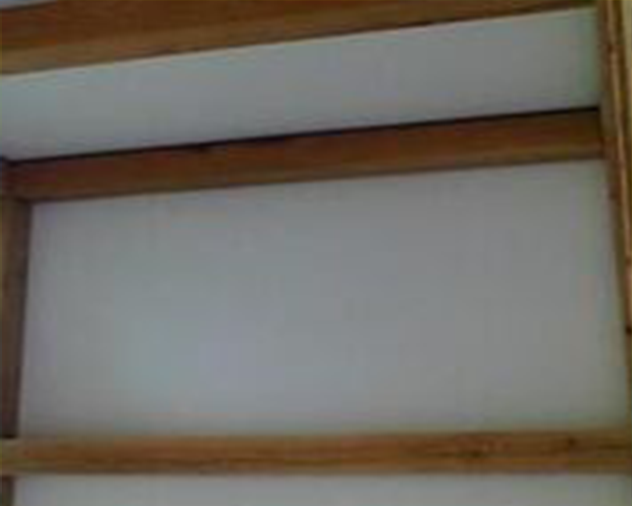 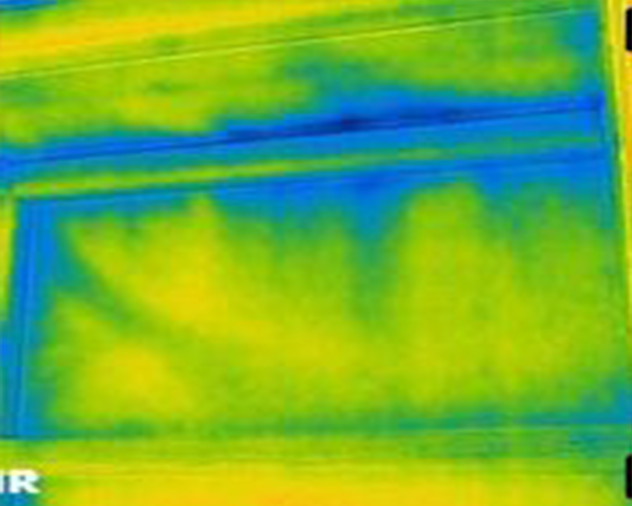 The test was completed successfully and showed that the building had achieved its target score, if only by a small amount.

Following the test we showed the site manager around the building highlighting areas that were leaking.

Using one of our thermal imaging cameras makes it easier for advisers to demonstrate and highlight where the issues lie following a test. In most cases, including at Westview, site managers will take these improvements on board and will carry out the relevant fixes on the areas with issues.

For this particular project the main leakage area were holes in the plasterboard joints on the ceiling of the conservatory. On top of these there were also unsealed skirt on board joints, a few unsealed door architraves, a few joints around the top of the fireplace and unsealed sanitary ware.